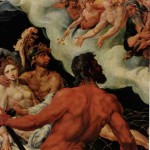 Well, January has pretty much come and gone. I sure hope the rest of the year sticks around a bit longer. Now that it's 2010, though, Linux in the HAM Shack has a lot of things planned for the future: contests, interviews with fascinating and influential people, trips to live events throughout the year and, as always, scintillating content about Linux and ham shacks.

As of Episode #029, we have achieved more than 50,000 downloads. Episode #029 also turned out to be one of our most popular. When Richard and I started this endeavor back in October 2008 we didn't really know what to expect out of the podcast, but I think it's safe to say that whatever expectations we may have had, we're certainly reaching or exceeding them. I only hope that we only have more room to go up from here. Thank you to everyone who listens to, participates in, or otherwise helps out with the podcast--especially Bill, KA9WKA, our beloved Show Notes compiler, and everyone who has made a donation to the program. We are only about $100 in donations away from our booth at the 2010 Dayton Hamvention and we hope that we'll be able to set up there and say hello to all of our fans, old, new and undiscovered, when it finally rolls around.

But for now, we wish you a speedy download and an enjoyable listen. 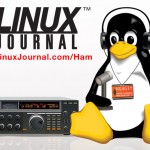