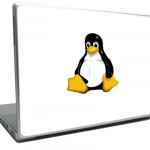 Episode #044 of Linux in the Ham Shack makes its debut, and even on time. We're still trying to catch up on a little bit of a backlog so this episode is mostly feedback from listeners. We touch on a variety of topics including packet radio, the AX.25 kernel driver for TNCs, the importance of Linux and Open Source, Android and emerging Linux markets, and much, much more.

Thanks for taking the time to download us and being an ever-faithful listener. We would be nothing without you and we want to let you know that we appreciate each and every pair of ears that hears us every fortnight. Don't forget to send us your feedback, whether it be as a comment on the Web site, a voice mail submitted via our toll-free hot-line or an e-mail to one or both of us. Also, please don't forget about making donations or buying some of our LHS merchandise if you have the wherewithal to do so. Enjoy our current offering and we'll be back live in a week for more rowdy fun.

Join the Mailing List
Stay up to date with important information about the show, contests, live events and more.
View Calendar