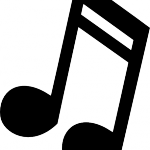 Okay, so we managed to take a two month hiatus and we didn't even know it was going to happen. Happen it did, though. Because of that, Episode #062 and #063 will have some dated information but most of it has been edited out and the stuff contained within that will be timeless has been left in.

I (Russ) will admit to shirking my duties to some degree. Many things are going on in my life right now and I just didn't want to deal with editing or recording of late. Richard has also had his share of life problems and we've both been out of pocket a few times between Episode #061 and now. I suspect our absence is coming to an end and regular production of LHS will soon resume.

Thanks to everyone for hanging in there with us. We now return you to your irregularly scheduled podcast.