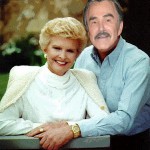 Welcome to the 83rdest episode of Linux in the Ham Shack. Freshly back from the Dayton Hamvention, Russ jumps in by telling everyone his experience at the show this year. The short version: It was great! From there, things move on to a question of FCC rules, at least in the mind of one ham.

One of the topics that kept repeating at Hamvention was: What is a good contest logger for Linux? Up until recently, it was hard to think of one. The ncurses-based application yfktest is out there, but thanks to IZ3NVR, our hosts discuss a new option. Tune in to find out what. There's also some feedback, occasional rambling and hardcore lunacy. Everything you've come to expect from an episode of LHS.