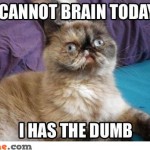 Richard called this one of our best efforts to date, which means there must be some kind of worthwhile contained buried in all the tomfoolery somewhere. If you can find it, you'll be that much wiser for whatever it is we discussed. Silliness aside, we discuss some proposed FCC rule changes for the amateur radio community, the difference between hard and soft (symbolic) linking for our Linux segment, and answer questions and receive praise from several members of our audience. On the whole it turned out to be a pretty good episode, and we sure had a lot of fun doing it. Thanks to all our listeners for your support and for keeping us motivated to bring you ever more episodes of Linux in the Ham Shack.