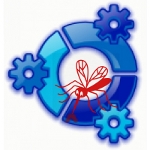 In this episode of Linux in the Ham Shack, our intrepid hosts put aside idle banter, childish meandering and silly stories in favor of true content, both ham radio and Linux related. All right, that doesn't happen even a little bit. Instead, Richard has a lot of fun telling you all the trouble he has with Linux Mint Debian Edition, all the while mentioning a bunch of other operating systems he's tried recently including Ubuntu, Kubuntu, Crunchbang among others--letting you know what's wrong with all of them.

Then there's some discussion of svxlink, an Echolink client and server application for native Linux environments, Allstar Link, Open Media Vault, contest loggers and a whole bunch of other stuff besides. Ahh, perhaps there is some content here after all. Hope everyone enjoys this episode and can perhaps contribute a dollar or two towards the Hamvention fund. It's coming up soon and we hope to see you all there.