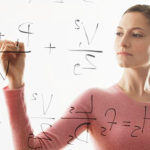 Hello, ladies and gentlemen! It's time for another action filled episode of Linux in the Ham Shack. Topics for this episode include, women in technology, the Amateur Radio Parity Act of 2015, photo editors (of all things), databases for Linux hardware compatibility, ham radio-specific Linux distributions and much more. Thanks for spending an hour of your day with us. We appreciate all of our listeners. Also, don't forget to send us feedback. We'd love to hear from you. 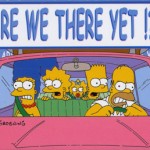 We've managed to cobble together another round table discussion for Episode #034 of Linux in the HAM Shack. Thanks to Lord Drachenblut of Ten Buck Review and our party crasher, Jonathan, KB1KIX, for helping us out with this episode.

The format is a little bit different this time based on some feedback from listeners. If you like what you hear or would rather have us go back to the way things were, let us know. We're interested in what you think. Our topic tonight is a thought provoking e-mail that we received before last episode from Jim, N2ENN. Hopefully we've given it an honest appraisal.

Please send us your feedback, your questions and your donations to obtain a noise gate for Richard. Also, enter our two contests for a chance to win real money! And stay tuned for our next recording. We have a very special guest interview coming up. You won't want to miss it.

73 from the LHS Guys