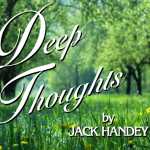 Let me start with a few disclaimers: I like Red Hat and it's various derivatives. I've never much cared for Debian, and I still think Ubuntu is a bit over-rated. And, I'm not a Gnome fan; I like KDE. I know why I have these preferences: Red Hat 4.2 was the first version of Linux I had running, and KDE was the first desktop environment I used on Linux, so these are what I'm comfortable with. Besides, that default brown Ubuntu theme is just ugly. (Yes, I know you can change it.)

When Gnome first came out, it was noticeably slower on my machine (at that time) than KDE, so I stayed with KDE. I also tried some of the other, lighter, window managers, but being lazy, I stuck mostly with KDE and Red Hat for years, even through a few early versions of Fedora. I became disenchanted with Fedora primarily because of it's rapid release cycle. I don't have time to install a new version every six months, or whatever. I like to find a stable version of a distribution and run it for a few years, hopefully with updates. That's why I ended up using CentOS on my home server, and on a couple of desktops. It's stable and gets updates for a good long time. Having said all that...

I started listening to "Linux in the Ham Shack", "Resonant Frequency", and "Linux Outlaws", and decided it was time to look at something else. My CentOS 4.7 desktop machine that I used at work, an old Dell Dimension 4100 with a 900 MHz processor and 256 MB of memory, ran fine. But I wanted to try the newer version of Firefox, which would require updating a bunch of libraries and these were not forthcoming. Security patches had dwindled, too, so it was time for a change. Maybe I should give one of the Debian-based distros another chance.

I'd heard good things about Linux Mint, and downloaded the live CD (https://ftp.heanet.ie/pub/linuxmint.com/stable/7/LinuxMint-7.iso). I dug up a Dell OptiPlex GX240 that was mouldering in a back room. It has a 1.5GHz processor, so that would be a nice update in speed, but only had 256 MB of memory. Well, that was good enough for my current CentOS box, so maybe it would be enough here, too. I plugged in a spare monitor, keyboard and mouse, and booted the live CD. All the hardware was recognized, the network configured itself, and I was off and running. Naturally, running off the CD was a bit slow, but that's to be expected. Since everything seemed to work, I then installed Mint on the hard disk. For those of you that still think Linux is hard to install, give any of the popular distributions a try. Basic installation on reasonably recent hardware (within the last 5 or 6 years) is a breeze. Much easier than Windows, and usually only one reboot at the end. I did have to change from the ALSA sound drivers to the OSS drivers in the Control Center to get sound working. This is no doubt due to the age of this machine.

With the install completed, it was time to move my files, bookmarks and email from the old box to the newer one. Again, not a big deal. I just exported the Firefox bookmarks to a file, and copied the file to a flash drive, along with my Thunderbird default profile directory and various other files I wanted to keep. Then I inserted the flash drive in the Mint box and copied the files to their equivalent places on the new box. I was ready to use it as my main Internet computer at work.

It is pretty! I like the green Mint them, and Gnome has improved a lot since I last played with it. Next, I replaced the old PS/2 mechanical mouse I was using for testing with my preferred Logitech Trackman Wheel. Uh-oh. From the moment X started, if I spun the ball, the cursor would jump around wildly, randomly issuing click events. Not good.

I tried a USB version of the TrackMan Wheel, and it worked perfectly. Evidently, there's something about the PS/2 mouse driver that just isn't right for the PS/2 version of the TrackMan. I found a few suggestions online, but none worked. So, I ended up replacing the PS/2 trackball with a USB version. Sometimes, it's just easier to replace a bit of hardware than spend hours trying to fix software.

I then found that, by default, clicking a link within a message in Thunderbird would not launch Firefox. A bit more Googling revealed that you must create a users.js file within your .mozilla-thunderbird/.default directory containing these lines:

After creating that file, and changing the permissions to 700, that issue was fixed.

I was pleasantly surprised to see Firefox 3.5 available as a package from the repositories within days of the Mozilla release. So far, it has been very stable, and perhaps a bit faster than Firefox 3.0.11. However, for whatever reason, it's still considered "beta" by the repository, so it doesn't install as the default browser, or replace Firefox 3.0.11.

Over the next week or so, it seemed that this machine, though ostensibly 80% faster, didn't feel as fast as the old one. And it seemed to be beating up the hard drive quite a bit. I'm guessing there are several possible causes:

1. Gnome may be more resource hungry than KDE. Just an opinion, not necessarily fact.
2. 256MB, while adequate for CentOS 4.7 and KDE3, isn't enough here.
3. The default setting in MintUpdate to check for updates every 5 minutes (!) is ridiculous.

I changed the MintUpdate setting to check for updates every 4 hours, and maxed out the memory in the machine at 1GB. That did help the performance issues quite a bit. The hard disk has calmed down, and the system feels about as responsive as my older CentOS box.

Then a strange thing happened. I had the screensaver configured to "random", and the Molecule screensaver activated. The screen was blanked, except for the words Constructing Molecules, and the system froze! Nothing would wake it up, and I could not switch to another virtual console to shut it down. I either had to kill the power, or issue the incantation:

to sync the disk, unmount the disk, and boot, respectively.

After some more research, it turns out this bug is old and tenacious. It's been around in the Ubuntu (maybe Debian?) world for at least two years, and is still not fixed. From the bug reports I've read, it seems to be related to the driver for the ATI 128 Rage Pro Ultra video that's installed on this machine, and MANY other Dell products. I did find instructions for de-activating the Molecule screensaver:

The Gnome configuration editor opens. From the hierarchy tree on the left side expand "apps" and then choose "gnome-screensaver". On the right side, you should see the configuration of the screensaver. Look for a property called "themes" and double click it. A window for configuring the themes opens. From the list of values, mark all entries (there should be only one) and click on remove. Then, leave the window by clicking "OK".

That will revert to just a blank screen screensaver, but at least it won't hang the machine.

Installing applications from the repositories is easy, and I appreciate having access to the amateur radio packages. Other than the few speed bumps described above, I haven't had any other problems. I plan on keeping it.